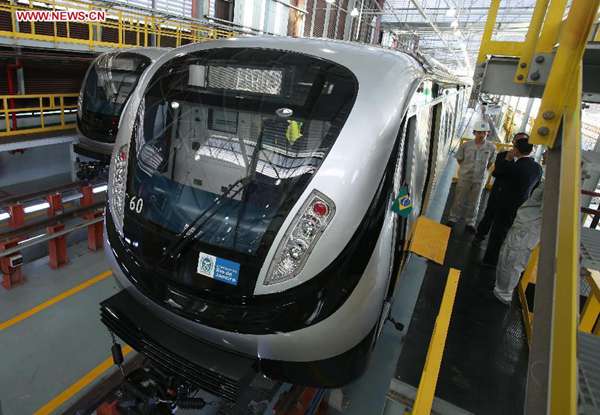 With a series of high-end Chinese manufacturing products being exported to other countries, Made in China is no longer synonymous with cheap clothes. As reform gathers pace, Chinese brands bring dynamism to the economy.

Behind the good news on Made in China are China’s extensive and ongoing efforts in innovation. Taking new energy vehicles for example, from Jan. to April 2015, China produced 34,400 new energy vehicles, three times more than in the same period of last year. Within these figures, the production of pure electric passenger cars and plug-in hybrid vehicles tripled, while the production of pure electric commercial cars multiplied fivefold.

Zhou Qingjie, doctor at the Economics School of Beijing Technology and Business University, says that Made in China no longer generates ideas of cheap shirts, shoes and socks. In recent years, China’s manufacturing industry has made enormous progress, and a series of high-tech and high-added-value Chinese brands have emerged. This is not only because of the adjustment of China’s industrial policy but also thanks to the reform of state-owned enterprises and the national support to the high-end equipment manufacturing industry. (Source - en.people.cn)
Note - "SET" = Science, Engineering and Technology

1. Get "SET" and "GO" as China Unveils 10-year Manufacturing Roadmap

3. Study "SET" in China - List of China Universities by Specializations