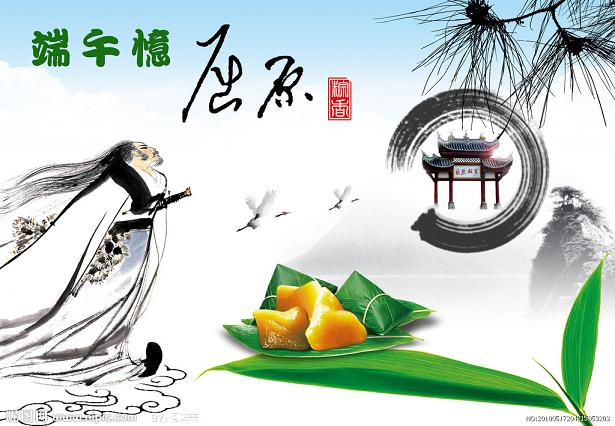 The festival now occurs on the 5th day of the 5th month of the traditional lunar calendar, the source of its alternative name, the Double Fifth Festival.

Many legends circulate around the festival but the most popular is the legend of minister Qu Yuan. The festival commemorates the death of patriotic poet Qu Yuan (340-278 BC) of the ancient state of Chu during the Warring States period of the Zhou Dynasty. A cadet member of the Chu royal house, Qu served in high offices. However, when the king decided to ally with the increasingly powerful state of Qin, Qu was banished for opposing the alliance and even accused of treason. During his exile, Qu Yuan wrote a great deal of poetry. Twenty-eight years later, Qin captured Ying, the Chu capital. In despair, Qu Yuan committed suicide by drowning himself in the Miluo River.

Since then, it has been held annually for more than 2,000 years and is notable for its educational influence. (source - wikipedia)

Below are pictures of people make Zongzi, a glutinous rice dumpling wrapped in bamboo or reed leaves, to mark the upcoming Dragon Boat Festival in Handan, north China's Hebei Province, June 16, 2015. The Dragon Boat Festival, also known as Duanwu, is celebrated annually on the fifth day of the fifth month of the Chinese lunar calendar, which falls on June 20 this year. (Xinhua) 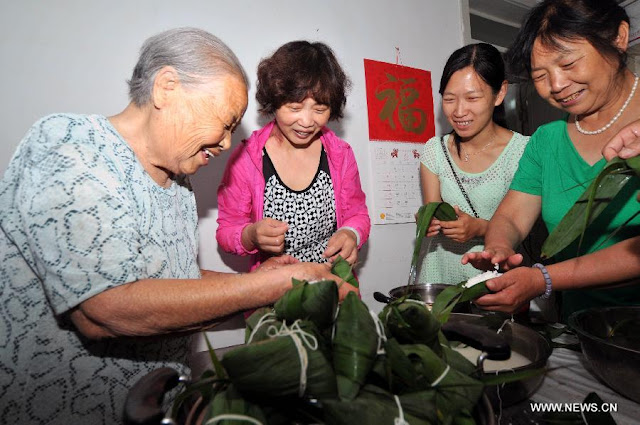 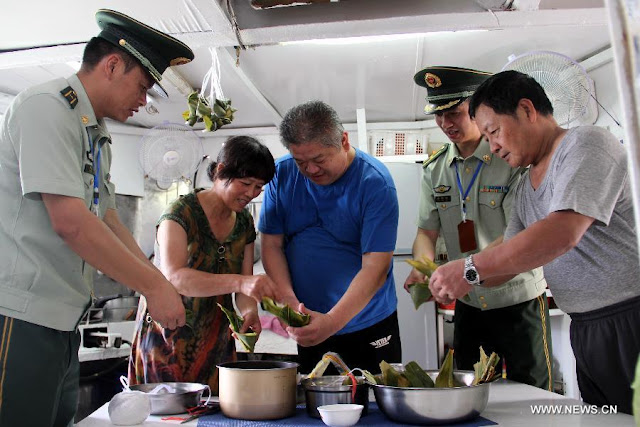 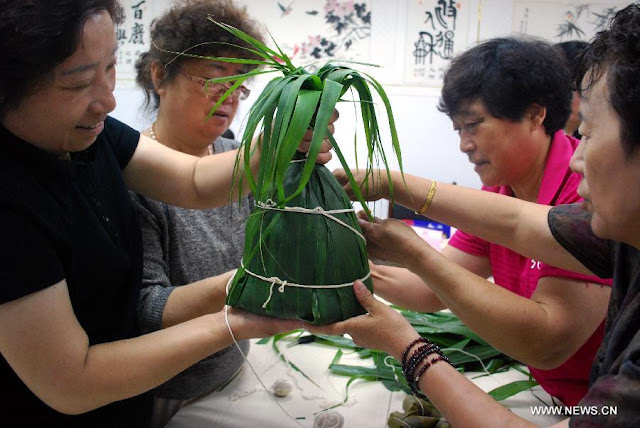 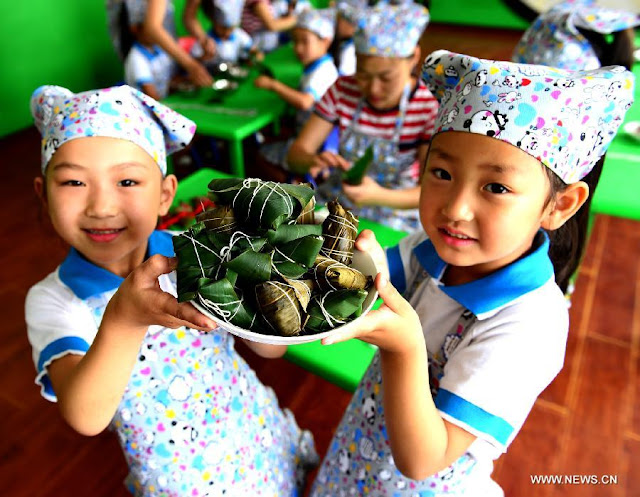