Burqin (布尔津县), located on the top tip of the Chinese map, is the only small county in west China that borders with Russia, Kazakstan and Mongolia. It is located at the southwest foot of Altay Mountains and the northern edge of Junggar Basin. It gets its name from the Burqin River, which flows into the Erqis River. Erqis River is the only one flows towards the west, discharging itself into the Arctic Ocean.

In the Western Han Dynasty (206BC – 24AD), this county was the pasture land of the Huns. In the Sui and Tang Dynasties, it was under the control of Turkic.

The county is sparsely populated; there are only about eight people per square kilometer.

The name of Burqin means a person who herds camels. Few people may know Burqin, but speaking of Kanas, everyone knows about it. What people also do not know is how breathtaking the dusk of Burqin can be. -Photos/People's Daily Online 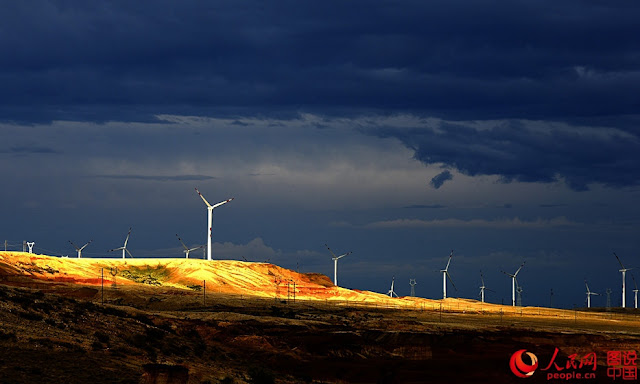 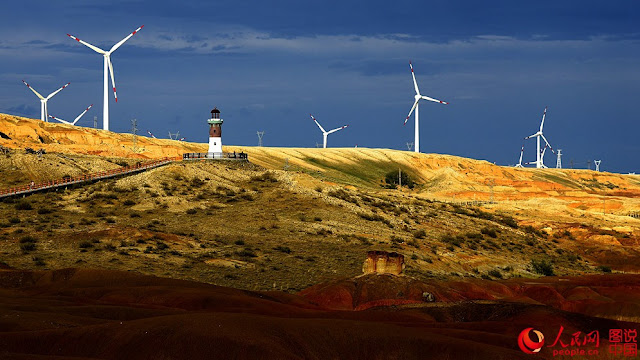 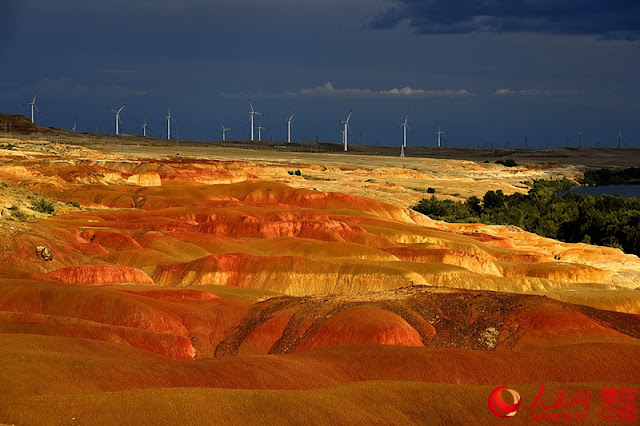 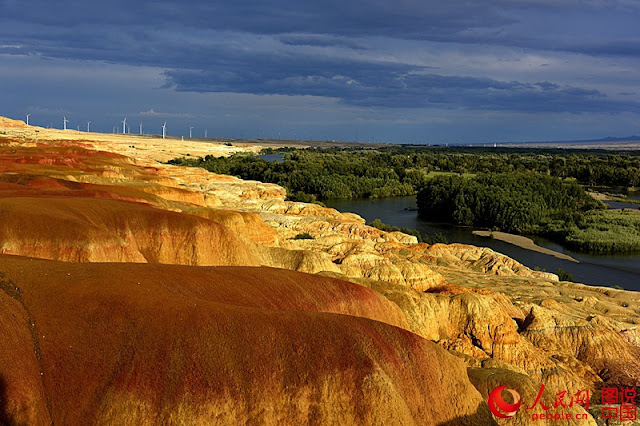 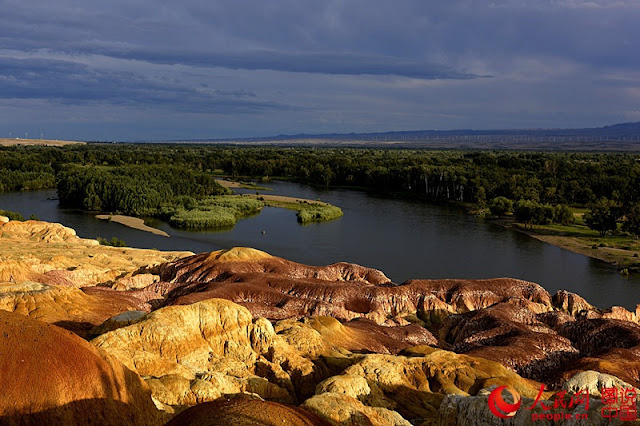 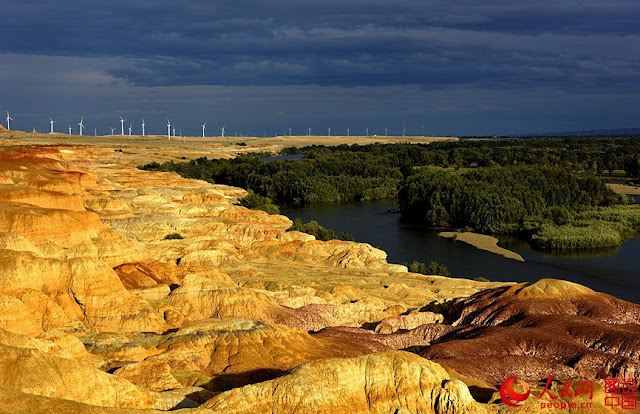 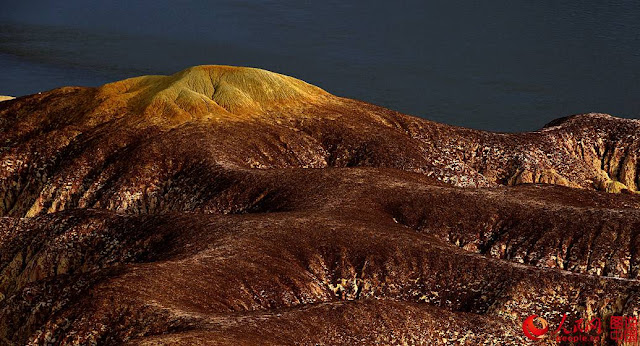 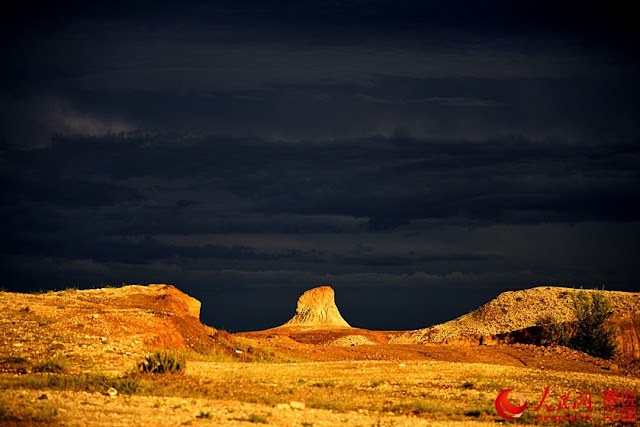 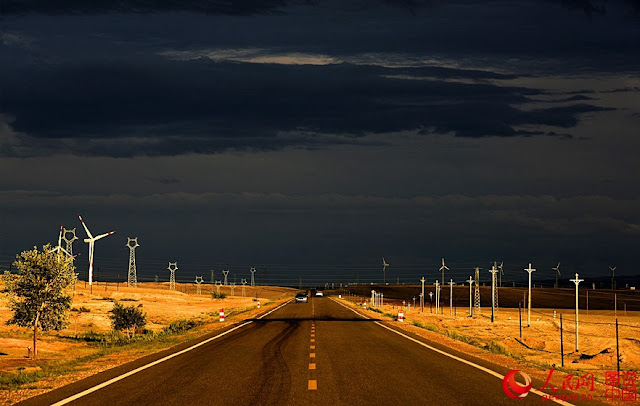 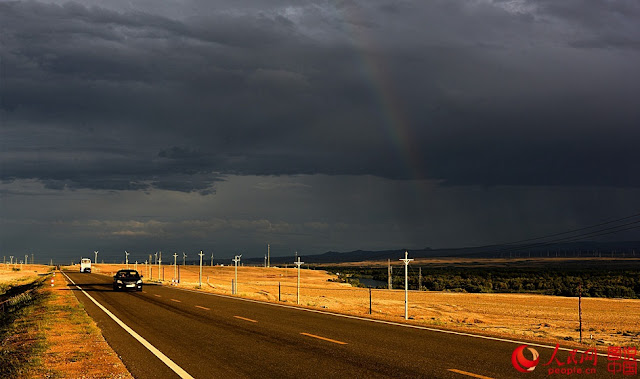 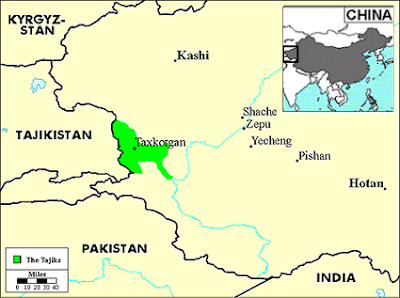 Tashkurgan Tajik Autonomous County (sometimes spelled Tashkorgan, Taxkorgan, Taj Qurghan, etc.) is one of the counties of Kashgar Prefecture in western Xinjiang, China.Tashkurgan County is located in the eastern part of the Pamir Plateau, where the Kunlun, Karakoram, Hindukush and Tian Shan mountains come together, at the borders with Afghanistan (Wakhan Corridor), Tajikistan (Gorno-Badakhshan Province) and Pakistan (Gilgit-Baltistan). The county seat is Tashkurgan Town.During the Han dynasty, Tashkurgan was known as Puli (蒲犁); during the Tang dynasty, it was a protectorate of the Parthians, during the Yuan dynasty it was part of the Chaghatai empire. Tashkurgan Tajik Autonomous County was created in 1954 and is part of the district of Kashgar.Tashkurgan Tajik Autonomous County on the Pamirs Plateau is one of the four stone cities of the world. Tajik is a general designation for a wide range of Persian-speaking people of Iranian origin, with traditional homelands in present-day Tajikistan, Afghanistan and Uzbekistan. Tajik people, one of China’s ethnic minorities, lives there. The Tajik nationality in China speaks two distinct languages: Sarikoli and Wakhi. The Tajik are probably the one group in China most unlike the Han Chinese. They are a Caucasian people with light skin. Many have green or blue eyes and fair hair. They speak a Persian (Iranian) language which is part of the Indo-European language group. The term Tajik is applied to various Iranianspeaking groups of Central Asia in differing ways.Three quarters of China's Tajiks speak Sarikoli. It is described as "a language entirely different from the majority language spoken in Tajikistan."The Tajik in China do not have their own written script, but some use the Uygur orthography. The two Tajik languages in China are reportedly different enough that speakers from each group must use Uygur to communicate.The Tajik people in China still maintain a simple and traditional lifestyle. Below are photos about their life in Tashkurgan Tajik Autonomous County (Photos/www.81.cn) - en.people.cn
Read more »
Posted by PREC Edu Services at 14:23 2 comments:

More Chinese Restaurants in US than McDonald's Stores Worldwide

Experts estimate that there are more than 40,000 Chinese restaurants in the US now, a number that outstrips the total number of McDonald’s outlets in the world, estimated at 36,000. 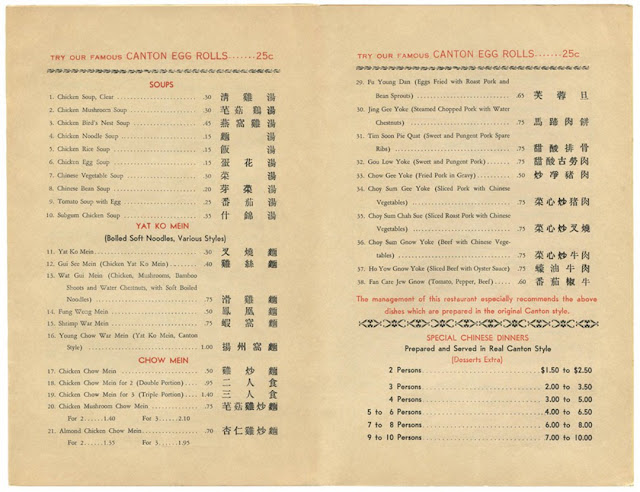 The menu for the Port Arthur restaurant in New York, circa 1920s. Source: coolculinaria.com
Chinese food has been around in the US since the mid-1800s, when a huge influx of Chinese immigrants came to California during the Gold Rush.

The newcomers started opening restaurants and eventually began settling elsewhere thanks to the railroad expansion. That resulted in the establishment of Chinatowns all over the place.

For decades, Chinese food was considered exotic and available only if you ventured to a predominantly Chinese neighborhood. But today, you can walk almost anywhere in the US and you're likely to come across not just one, but multiple Chinese restaurants. 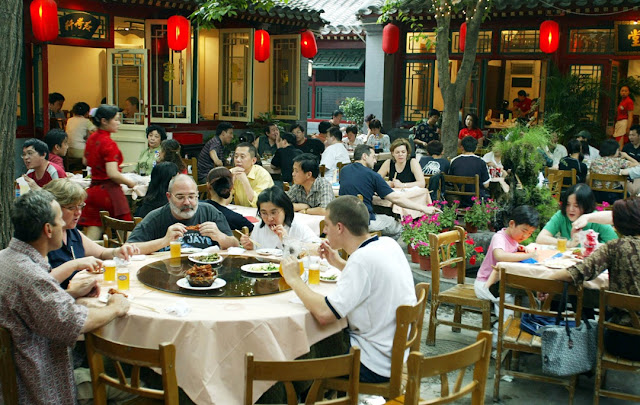 As wages rose in the early 20th century, Chen found that the middle class wanted the same perks as the wealthy – including the privilege of eating food cooked by others.

Meanwhile, Chinese food came in the US when there was no “take-out” culture. Chinese immigrants, barred from most jobs by virulent discrimination, found work in the cities primarily by opening restaurants that offered delivery and take-out food.

Soon Americans began embracing their new neighborhood Chinese restaurants as special places where they could be treated to a meal they didn’t have to cook, and gradually, they began appreciating the flavors of the exotic cuisine.

Today, almost all regions of China are represented in restaurants across the US - clear indication that Chinese cuisine has earned a permanent place on American palates and plates. (Edited by Pan Mengchen, Source - CCTV news)

College plans to grow from 1,200 to more than 2,000 students in educational joint ventures 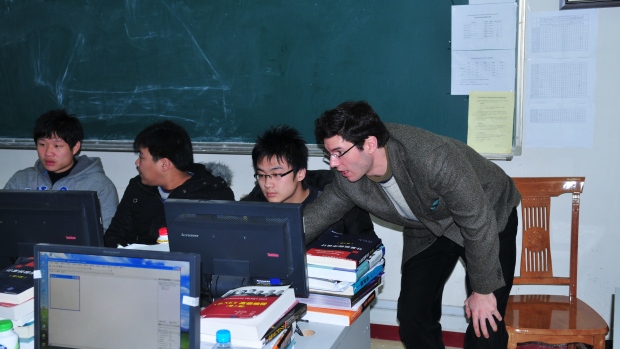 Holland College is expanding its presence in China as it celebrates 15 years of offering three-year diploma programs to students in that country.

The college was a pioneer of the in-China delivery model, where students complete the entire program in their home country but receive a diploma from Holland College as well as their institution in China.

The curriculum material is the same as the two-year program on P.E.I. but the Chinese students also do a full year of English-language training. 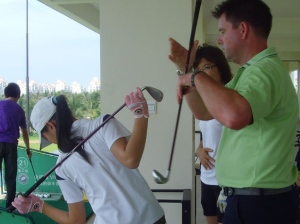 And now there are plans to expand to four more Chinese colleges.

"We should hopefully go from 1,200 students to over 2,000 students," said Dave Beaton, the college's director of programs.

"People in China are seeing the results of their sister institutions and they're wanting to come on board as well."

Holland College's style of teaching is very different from what students in China are used to, says Beaton.

"The traditional Chinese model of learning is very much rote, where an instructor is standing at the head of the classroom and it's just repetitive, repetitive, repetitive. Very little hands-on training. And our model at Holland College has always been competency-based. You learn more by doing."

Beaton says more than 2,000 students in China have received diplomas from Holland College over the last 15 years.

Although the college knew the program was growing and that it was successful, it was nice to see it first hand, says Maria Driscoll, director of the college's international office, who has visited China twice. 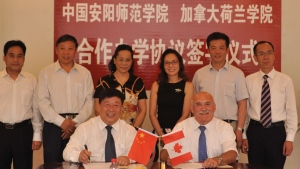 "It was incredible to walk in the door of a classroom in China and to see the Holland College posters up on the wall and to see the excitement with which they greeted the people that came to visit."

Instructor Shawn MacDonald has taught in China 10 times since 2008.

"It's an incredible experience. It's challenging. We're giving instruction in English, but we do have Chinese counterparts, we have co-teachers in the classroom with us and they can help us translate to the students. But, ultimately, we want to deliver the programs in English for the students," said MacDonald.

There are plans to celebrate the project's 15th anniversary this fall when a delegation of Chinese educators will visit the Island.

Holland College president Brian McMillan has been involved with the educational joint ventures since they started 15 years ago. (Holland College) - cbc.ca

Who Tops the Class – 'China Tigers' or 'Western Softies'? 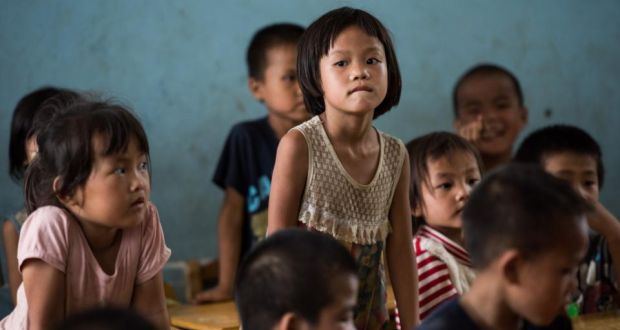 
The capital of Sichuan has far more to offer than just pandas and hotpots. 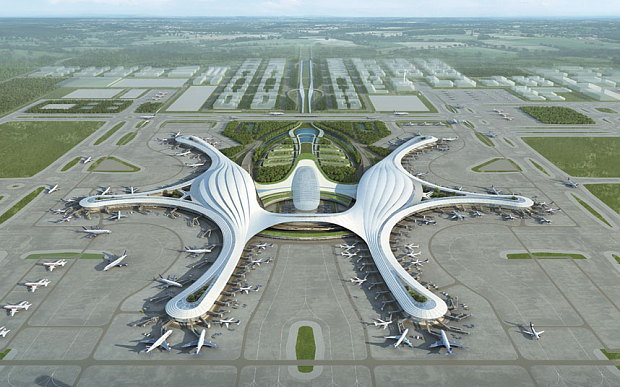 An artist’s impression of the first phase of the new airport in Chengdu, which will be finished by 2018


Pandas and hotpot are often the first two things that most people learn about the city of Chengdu.

However, the capital of Sichuan province has far more to offer.

• Milan Expo visitors get a taste of Chengdu

One thing many people don’t know is that one out of every five desktop computers worldwide is made in the city, one out of every two laptops have their chips packaged and tested in Chengdu and two out of every three iPads also come from the provincial capital. 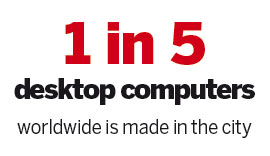 Chengdu has long been home to big companies, including Intel and Dell.


A total of 265 Fortune Global 500 companies have a presence in the city and more are arriving to make the most of the opportunities offered by national strategies to develop the Silk Road Economic Belt, the Yangtze River Economic Zone and Tianfu New Area.

Local officials said the Tianfu New Area would change Chengdu Plain’s single-centre pattern of cities, which has lasted thousands of years, into a double-centre pattern.

The core area stretching from Tianfu Square to Tianfu New Area is not only the central axis in the geographical sense, but the axis line in terms of economy, industries, transportation and cultural landscape in the double-centre pattern of cities.

Earlier this year, the city government initiated the Entrepreneurial Tianfu programme to encourage university students, scientific and technological professionals and overseas workers to start businesses and boost innovation in the city.

According to the plan, Chengdu will be built into an internationally renowned city of innovation and entrepreneurship by 2025.
Chengdu is a huge market itself with a population of 17 million residents. With its influence in neighbouring areas, businesses in the city can reach a market of 250 million people.

In addition to its market potential, the city is appealing to many companies as it boasts a well-developed logistics system.

Shuangliu Airport is the largest in China’s central and western region, with 83 international routes linking the city to London, Amsterdam, Frankfurt, San Francisco and Melbourne.

Experts expect annual passenger volume in Chengdu to reach 62 million travellers by 2020 and the city plans to build a new airport to handle increasing traffic.

'' ... passenger volume has kept rising in recent years, so we need a larger airport... ''

“Our Shuangliu Airport is almost running at full capacity, but the passenger volume has kept rising in recent years, so we need a larger airport,” said Pan Gangjun, general manager of the Sichuan Province Airport Group.

According to the plans, the first phase of the new airport will be finished by 2018, with annual capacity of 40 million passengers and 700,000 tonnes of cargo. 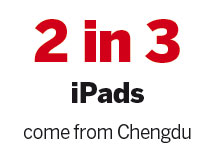 The long-term goal for the airport is to handle 90 million passengers and 2 million tonnes of cargo annually.

The new airport will make Chengdu the third city on the Chinese mainland to have a second airport, after Beijing and Shanghai.

Chengdu also has a railway that runs to Europe. The express, which runs close to parts of the legendary Silk Road, is a weekly freight train that starts in Chengdu and ends in Lodz, Poland.

The rail service is part of China’s national strategy to build the Silk Road Economic Belt. During his visit to Kazakhstan in September 2013, President Xi Jinping proposed that China and Central Asia work together to build the belt, a vision that has been echoed by other countries.

The railway is the fastest direct freight route from China to Europe, according to the local logistics office. It takes at least 40 days to transport products from Chengdu to Europe by sea, but only 12 days by rail.

The Chengdu-Europe express railway helped attract consumer goods manufacturer Unilever to choose Sichuan to set up its third global production base in China.

The trip to Europe will be about 1,500 kilometres shorter for each shipment than for goods sent from Unilever’s Hefei plant in Anhui province, said Marijn van Tiggelen, president of Unilever North Asia.