Foreign Students Not Worth The Cost: Principal

Why not taking advantage of low tuition fees, ease and easily available scholarships and bursaries to study in Greater China? 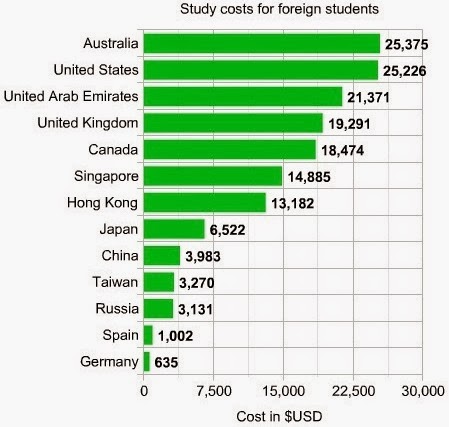 Why not enjoy the best of both worlds?


Foreign students not worth the cost: principal

According to reports, a student studying at a public university in Taiwan costs the government at least NT$300,000 and NT$150,000 at a private university.

In comparison, the yearly tuition fee required from foreign students is only NT$100,000, reports said.

Lai said that, for example, many Mainland Chinese students complete their university studies in Taiwan only to return to China for work.

“The students help China suppress Taiwan and the issue needs to be investigated by the Ministry of Education,” said Lai.

There are currently 90,000 foreign students studying in Taiwan's universities, with Mainland Chinese, Hong Kong and Malaysian students being the most numerous, according to statistics.

According to Yang, the cost for Taiwanese institutions to implement exchange programs with Mainland Chinese universities leads to money loss since there are more Chinese students than Taiwanese students that participate in the exchange.

Yang used U.S., Canadian and Australian international student policies to compare the tuition fees that Taiwanese universities charge. Unlike Taiwan, which highly subsidizes foreign students with scholarships and bursaries, the three countries make it two or three times more expensive for international students to attend their universities compared with domestic students and only the most outstanding students receive monetary assistance.

For taxpayers, the increased recruitment of foreign students puts a strain on government funding and depletes resources for domestic students, Yang said.

According to the Ministry of Education (MOE, 教育部), universities can adjust tuition fees for foreign students at their own discretion, though changes must be reported to the ministry.

The details for short-term exchange programs between Taiwanese universities and international universities can be determined by the two schools involved themselves, said the MOE.

1. International Study Is Expensive: Weigh Costs Against Quality
2. Why Not Enjoy The Best of Both Worlds?
3. Students Education Loan - Borrow or Not?
4. A New University Ranking System - Value For Money Approach