Longjing tea (龙井茶) sometimes called by its literal translated name Dragon Well tea, is a variety of pan-roasted green tea from the area of Longjing Village near Hangzhou in Zhejiang Province, China. It is produced mostly by hand and renowned for its high quality, earning it the title "Famous Tea of China". 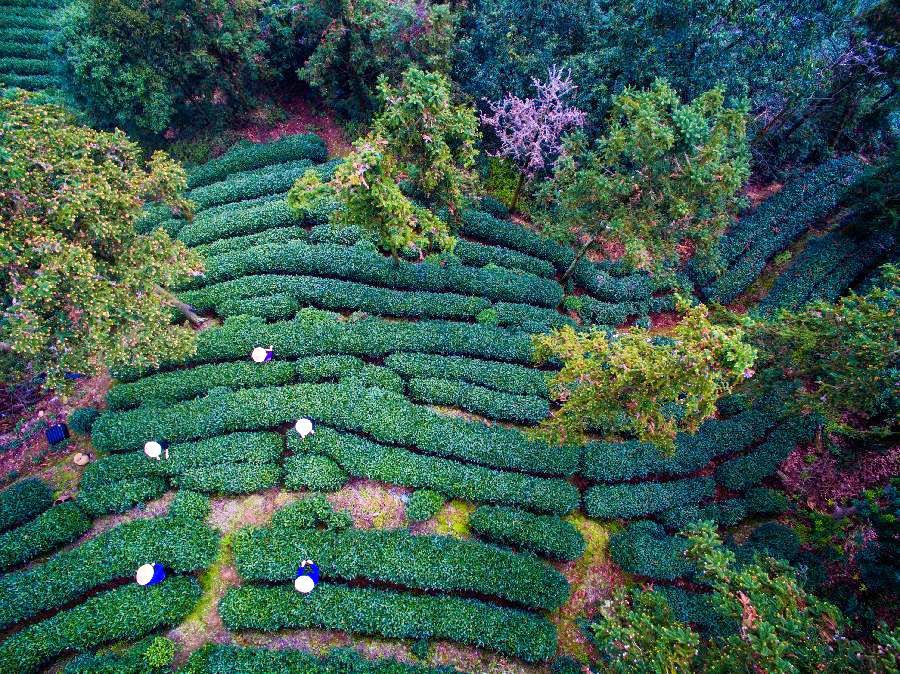 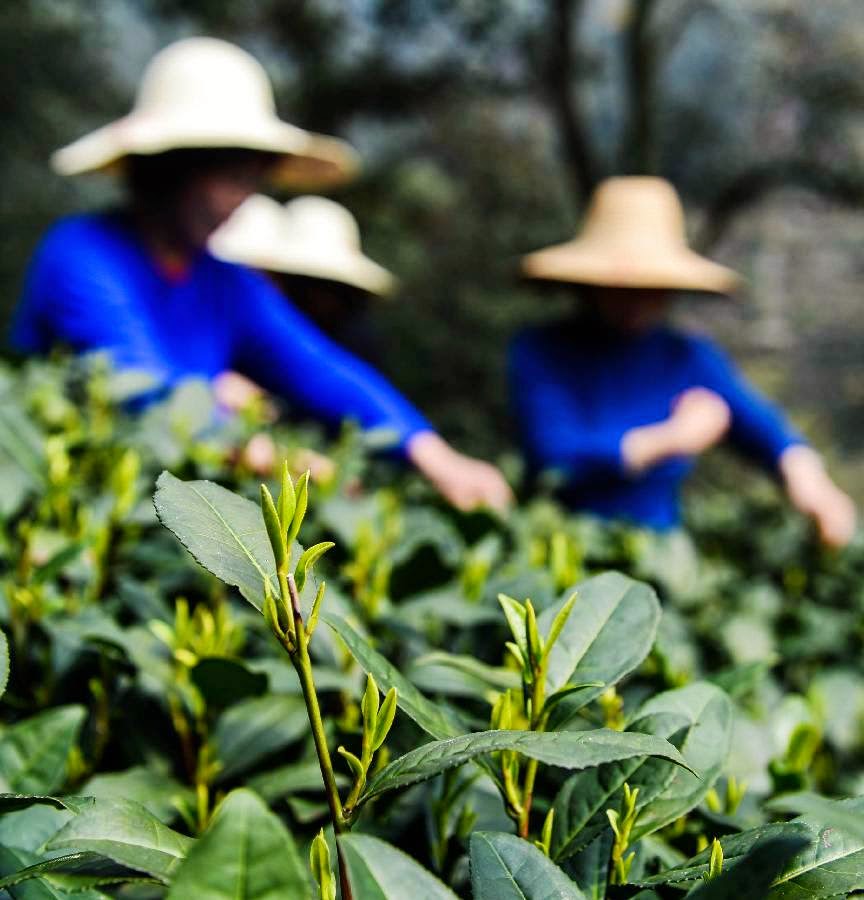 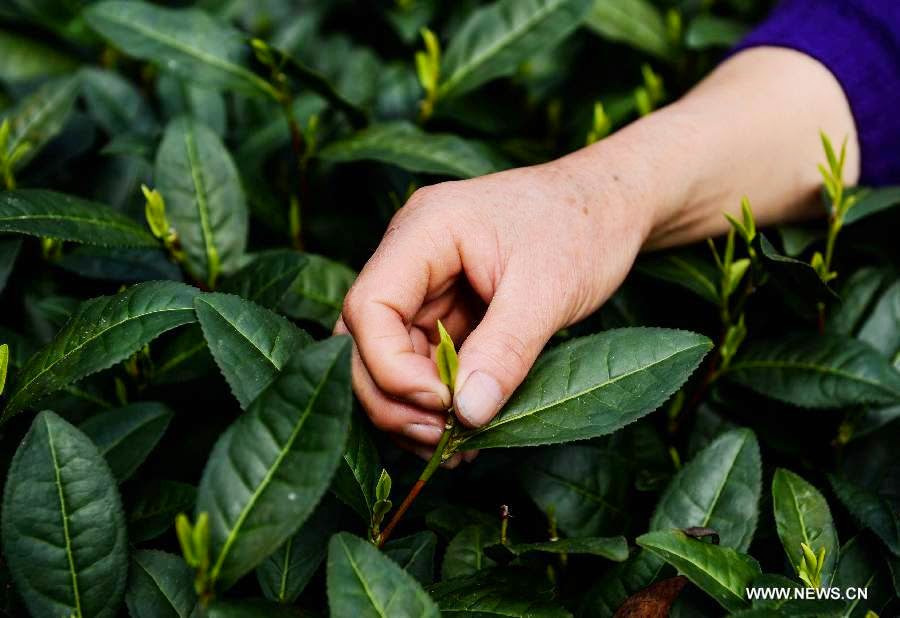 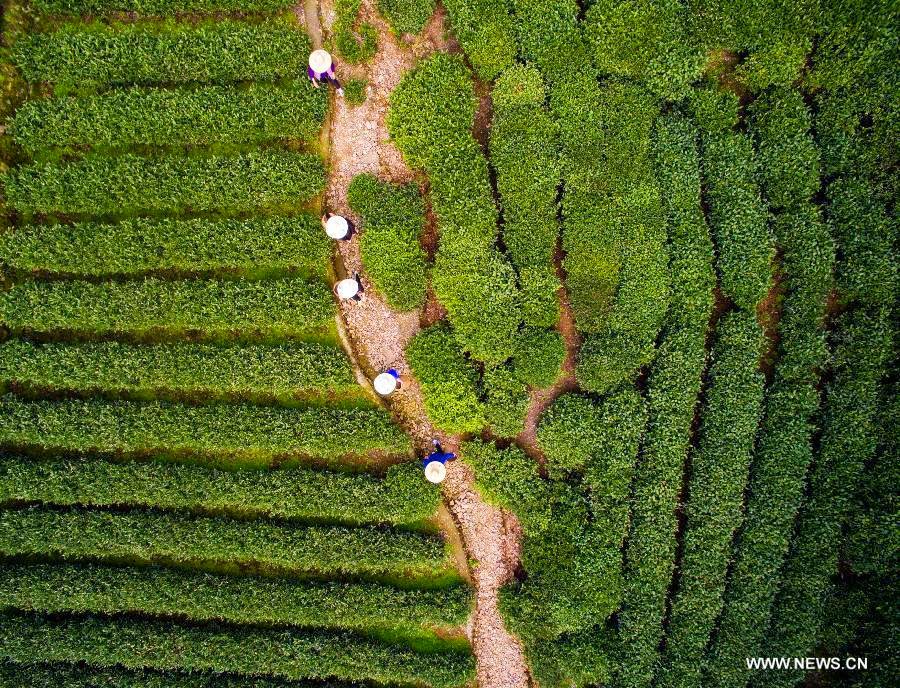 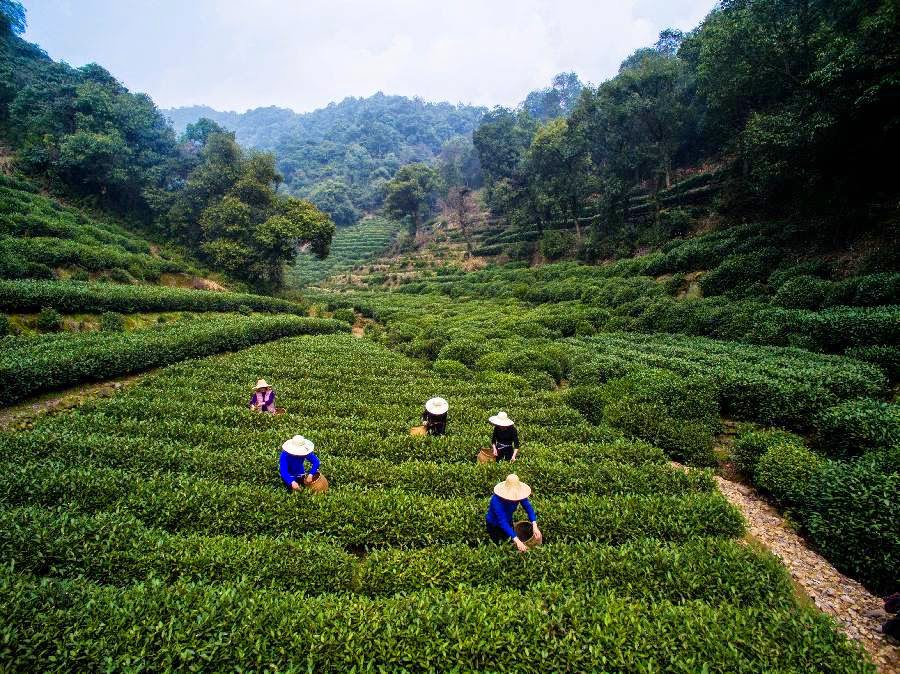 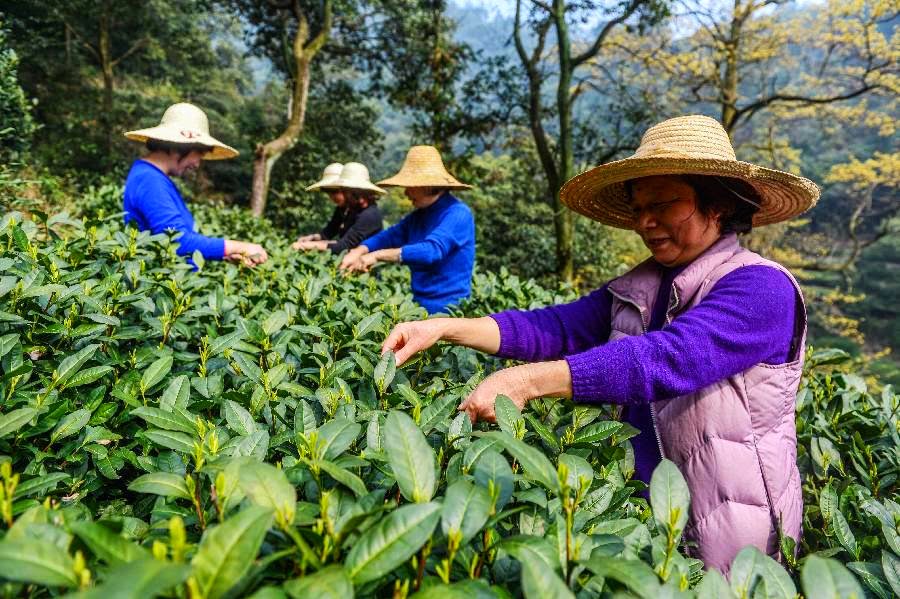 The premium early season first-picking known as Ming Qian or Pre-Qingming (or Before Ching Ming) Longjing tea requires it to be produced from the first spring shoots prior to the Qingming Festival on the 5th of April each year (approximately). The production cycle is very short, usually only ten days before Qingming every year. Tea picked after this period is of a lower grade called Yuqian Longjing (雨前龍井), or "Dragon Well Before the Rain"

Like most other Chinese green tea, Longjing tea leaves are roasted early in processing (after picking) to stop the natural oxidation ("fermentation") process, which is a part of creating black and oolong teas. The actions of these enzymes is stopped by "firing" (heating in pans) or by steaming the leaves before they completely dry out.


The Legends of Longjing

Longjing tea was granted the status of Gong Cha, or Imperial tea, in Qing Dynasty by Chinese emperor Kangxi. According to the legend, Kangxi's grandson Qianlong visited West Lake during one of his famous holidays.

He went to the Hu Gong Temple under the Lion Peak Mountain (Shi Feng Shan) and was presented with a cup of Longjing tea. In front of the Hu Gong Temple were 18 tea bushes. Emperor Qianlong was so impressed by the Longjing tea produced here that he conferred these 18 tea bushes special imperial status. The trees are still living and the tea they produce is auctioned annually for more money per gram than gold.

There is another legend connecting Emperor Qianlong to Longjing Tea. It is said that while visiting the temple he was watching the ladies picking the tea. He was so enamored with their movements that he decided to try it himself. While picking tea he received a message that his mother, the Empress Dowager was ill and wished his immediate return to Beijing. He shoved the leaves he had picked into his sleeve and immediately left for Beijing. Upon his return he immediately went to visit his mother. She noticed the smell of the leaves coming from his sleeves and he immediately had it brewed for her. It is said that the shape of Longjing Tea was designed to mimic the appearance of the flattened leaves that the emperor brewed for his mother.

Longjing, which literally translates as "dragon well," is said to have named after a well that contains relatively dense water, and after rain the lighter rainwater floating on its surface sometimes exhibits a sinuous and twisting boundary with the well water, which is supposed to resemble the movement of a Chinese dragon.

Legend also has it that to achieve the best taste from Longjing, water from the Dreaming of the Tiger Spring, a famous spring in Hangzhou, is to be used. The water quality of the spring now is certainly very different than before. The tea takes its name from the eponymous "Dragon Well" located near Longjing village.


Quick Link - All You Need To Know About Further Education in China
Posted by PREC Edu Services at 11:18