Changsha is the capital of central China's Hunan Province, located on the lower reaches of the Xiang River, a branch of the Yangtze River. As a major historical and cultural city, Changsha has a history of more than 3,000 years.

Changsha is the hometown of numerous Chinese literati and scholars, and is also the place where many historical remains were unearthed. In recent years, with the growing numbers of pubs and popular TV programs, Changsha has been granted the nickname of "city of entertainment." The city's picturesque natural scenery is considered to be amazing.

The following are the top 10 attractions in Changsha, China. 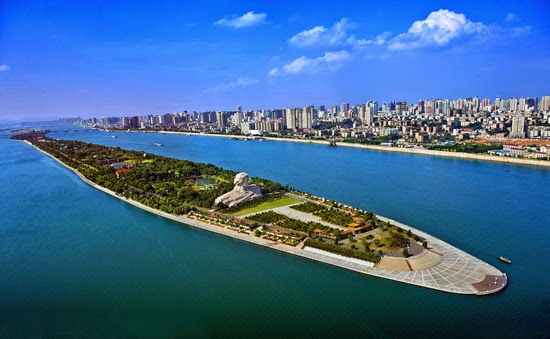 Juzi Island, also known as Ju Island or Orange Island, is a shoal located in the center of Xiangjiang River, opposite Hunan's capital city of Changsha. It was named after the oranges scattered across the island during harvesting season.

Formed in 305, the island got its name in the sixth century, from the work by a famous poet in the Tang Dynasty (618-907). At 140 meters long and 40 meters wide, the island looks like a huge green vessel, covered in a carpet of flourishing trees. It is believed to be the largest inland islet in the world and is now a popular site for summer relaxing in Changsha as temperatures never go soaring high, not even May to July. 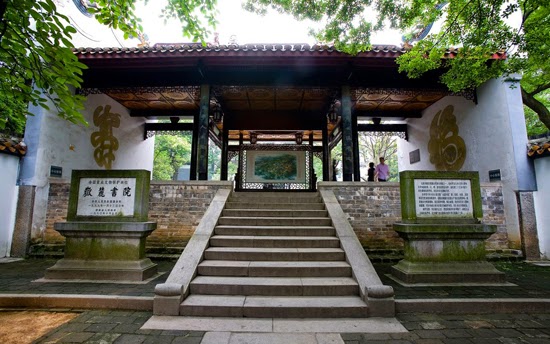 The Yuelu Academy is located on the eastern side of Yuelu Mountain in Changsha, capital of Hunan Province, found on the western bank of the Xiangjiang River. It was established in 976, the 9th year of the Song Dynasty (960-1279) under the reign of Emperor Kaibao, and was one of China's four most prestigious academies over the past 1,000 years. Renowned Confucian scholars Zhu Xi and Zhang Shi both lectured at the academy.
Since 1926, the academy has become a part of Hunan University. It is now a research center for the humanities, social sciences and Chinese studies.
Admission: 50 yuan (US$8.17)/person 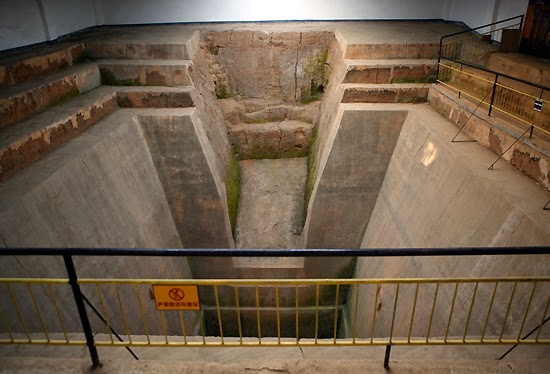 Mawangdui is an archaeological site located in Changsha, Hunan Province. The site consists of two saddle-shaped small hills, set 20 meters apart, that are connected to each other underground.

Mawangdui contains the tombs of three people from the western Han Dynasty (206 BC–9 AD), including Marquis Li Cang, his wife, and a male who is believed to be their son. The site was excavated from 1972 to 1974.

Tombs No.1 and No. 2 have been filled, and only tomb No. 3 is currently open to visitors. Most of the artifacts from Mawangdui are now on display at the Hunan Provincial Museum, which is free to visit. 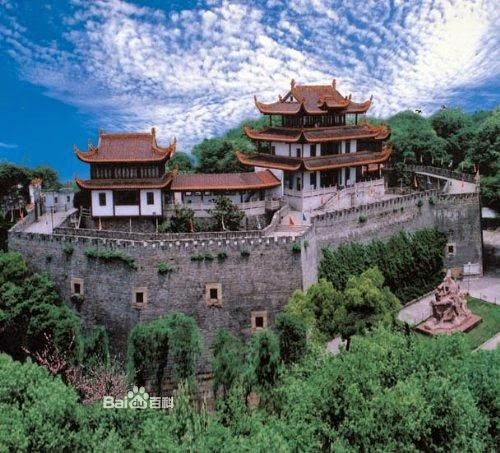 Located in the southeast corner of Changsha's city center, the Tianxin Pavilion Park is a major attraction of the city, as well as the only historical landmark of Changsha. Covering an area of 2.67 hectares, the park features a pavilion, well-preserved ancient walls and several other architectural highlights. 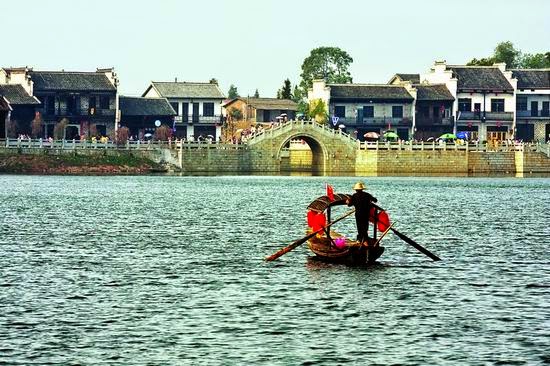 Located in northwest Wangcheng County, Changsha city, Jinggang is an ancient town with a long history and rich culture. Situated on the western bank of the Xiangjiang River, the town was a famous harbor and business center in ancient times. It also enjoyed the reputation of being "one of China's four largest rice markets."

A lot of relics and antiques have been unearthed here, most of which are stoneware- and pottery-related. They are on display across the town's museums. To enjoy the charm of this small water town, you could take a look at the ancient architecture along the granite streets. Clogs, kites and umbrellas made from oiled paper and bamboo frame are the featured products here. It is also good to have a go at some of the local specialties such as smoked bean curd and baked fish.

6. Changsha Window of the World（长沙世界之窗） 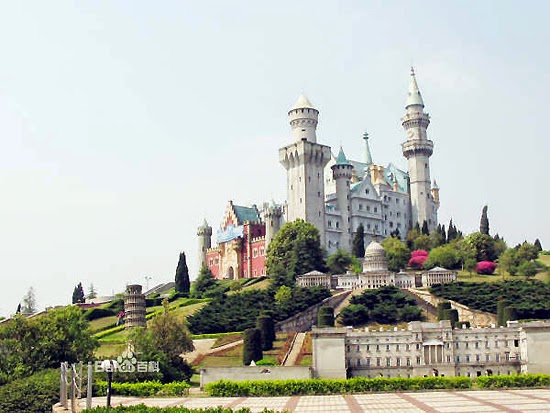 The Changsha Window of the World is a theme park located on the banks of the Liuyang River in the city's northeastern suburb, covering an area of 400,000 square meters (40 hectares). It is the largest theme park in all of central China.

Established in 1997, the park features about 120 miniatures of world-famous tourist attractions, historic sites and architecture, including the German New Swan City, the Light House of Alexandria, the Louver Pyramid of France, the Hanging Gardens of Babylon and the Egyptian Pyramids. Tourists can enjoy the entertainment facilities, singing and dancing performances, parades, movies and a musical fountain. They can also opt to take part in the various activities the park has to offer. 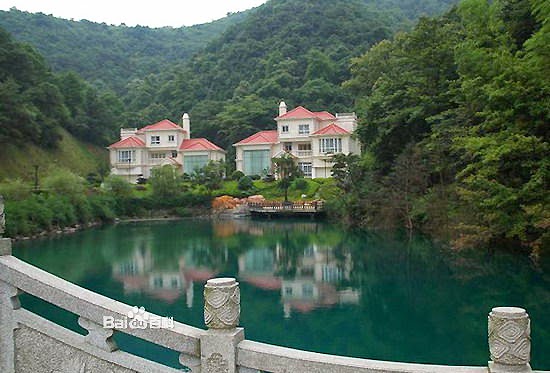 Shiyan Lake is a 5-square-kilometer (500 hectares) scenic spot located in the junction of Changsha City, Zhuzhou City and Xiangtan City. Surrounded by mountains, it features dense forests, lofty peaks, green waters and clear springs. It is reputed to be "a natural oxygen strip" and "a greenish-blue dream of citizens."

At the scenic spot, tourists can experience ancient Chinese culture by visiting the historical sites, enjoy animal performances and have fun by taking part in various leisure activities such as dragon boat rowing, horse riding, rock climbing, barbecues, fishing and bonfires. It is one of the top 10 most popular resorts for Changsha locals. 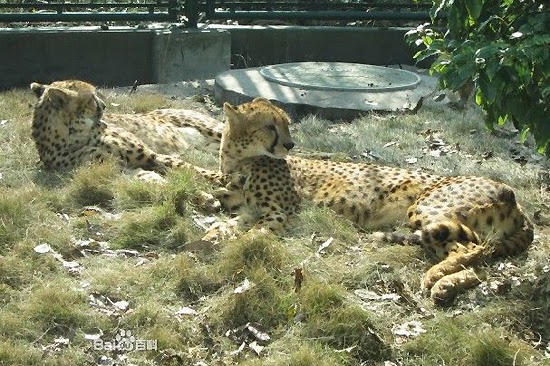 Opened in 2010, the Changsha Ecological Zoo is located in Muyun Town, Changsha County. Its predecessor was the Changsha Zoo, which had a history of 54 years. Covering an area of 1,500 mu (100 hectares), the zoo is divided into a walking zone, driving zone, education zone, ecological scenic zone, leisure zone and a service zone. There are over 300 animal species, 5,000 animals in total, residing here. This is a popular place much loved by children and adults alike. 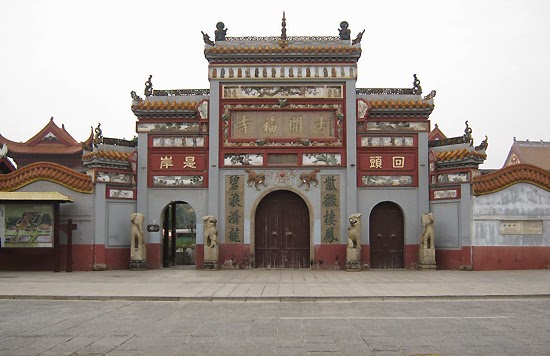 The Kaifu Temple is a famed Buddhism temple located in Kaifu District, Changsha City. It was originally built in 927, during the Five Dynasties (907-960), and thus can boast a history of more than 1,000 years.

The entrance is composed of three archways, measuring 10 meters in height, engraved with colorful figures, flowers and plants. Covering an area of 48,000 square meters (4.8 hectares), the temple includes three major halls in the central area and several other buildings on both sides such as dining room, a storeroom, a depositary of Buddhist texts and a meditation room. 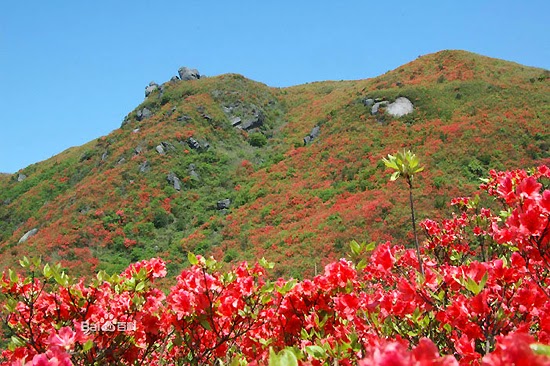 The Daweishan Forest Park is located in northwest Liuyang City, 148 kilometers (91.96 miles) from Changsha. It is famous for its dense forests, picturesque scenery, mild climate and wide variety in plants and animal species. It is reputed to be "a green pearl within eastern Hunan."

Boasting more than 3,000 species of plants and over 60 types of wild animals, including 1,200 types of butterflies, the park is also known as "a natural museum of animals and plants." It is a great summer resort to go for a walk and get some fresh air.